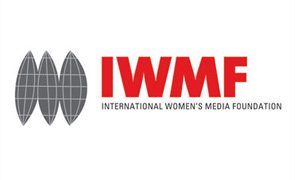 The IWMF’s annual Courage in Journalism Awards honor women journalists who set themselves apart by exhibiting extraordinary bravery, persistence and resilience. Doing whatever it takes to uncover the truth, these women raise the bar for reporting under duress, or in the face of censorship.

Sexual harassment, threats, attacks, government oppression, a stubborn glass ceiling, unequal pay, accusations of fake news and a growing mistrust of the media all threaten press freedom around the world. And female journalists often feel the greatest brunt of these attacks. In fact, the number of female journalists killed in 2017 more than tripled from the year before.

The Courage in Journalism Awards show people that female journalists are not going to step aside, cannot be silenced, and deserve to be recognized for their strength in the face of adversity. It honors the brave journalists who report on taboo topics, work in environments hostile to women, and share difficult truths.

The IWMF also recognizes the pioneers who kicked down barriers to make it possible for women all over the world to find their voices and make them heard. Lifetime Achievement Award winners persevered, opening doors for future generations to make a difference. These women demonstrate a commitment to press freedom and extraordinary strength of character, overcoming unjust conditions to become leaders in their industry.

So far, we have honored more than 100 groundbreaking journalists in 56 countries

Nominate a Courage in Journalism Awardee!

Nominations for the IWMF’s 2021 Courage in Journalism Awards are now open. The awards honor brave journalists – including photojournalists – working in any country across the world. These women report on taboo topics, immerse themselves in hostile environments and share difficult truths. In addition, the honorees demonstrate a commitment to press freedom and often overcome unjust conditions online and offline to become leaders in their industry. Candidates for the Courage in Journalism Awards must be full-time staff or freelance women reporters, writers, editors, photographers or producers working in any country and of any nationality. Self-nominations are not accepted.