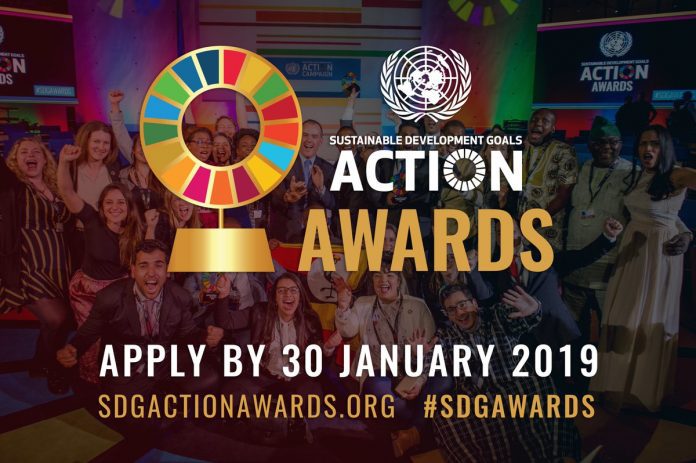 To.
fulfill the SDGs we require everybody to do something about it. We are requiring the.
leading mobilizers, writers, advocates, adapters, visualizers,.
includers and creatives throughout the world who are making this take place!

Active.
individuals in UN SDG Action Project programs such as MYWorld, the.
International Day to Act for SDGs are highly motivated to use.

Jobs that have actually been carefully co-developed with the UN SDG Action Project or as part of a signed collaboration contract with the Project would not be thought about qualified. If you are uncertain whether you are qualified, please call us.

Winners exist at a spectacular Awards Event on the opening night of the International Celebration of Action for Sustainable Advancement and their efforts and jobs highlighted throughout the year as a motivation and good example to the growing international neighborhood of SDG leaders, decision-makers and influencers.

Mobilizer: The project/team that shows the best successes with activating people, volunteers or networks for cumulative action for the SDGs.

Writer: The most impactful or ingenious task to catch effective human stories to assist interact the interconnectedness of the SDGs in individuals’s lives through various mediums.

Advocate: The most impactful or ingenious interactions project ( local/national/international) to raise public awareness about the SDGs and/or individuals’s function in SDG action.

Visualizer: The most impactful or ingenious effort utilizing visual or imaginative representations of information to affect decision-makers and the general public of the value of the SDGs

Adapter: The team/project that shows ingenious or impactful methods to engage numerous stakeholders or construct networks to create the transformational modification required to make the SDGs a truth.

Includer: The project/group that makes the most ingenious and impactful effort to guarantee that omitted groups end up being part of the SDG discussion and choice making in their neighborhood or at worldwide levels.

Imaginative: The most impactful or ingenious effort that utilizes creative expression to stimulate SDG Action and awareness through imagination, empowering and linking individuals